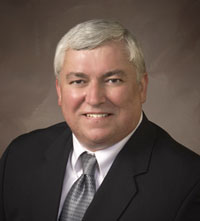 Richard Shelton is a native Waco Texan who attended Midway ISD. After high school attended TSTC studying laser electro optics as well as MCC where he was in the classical and commercial music programs. He began as a newspaper carrier at the age of 13 and kept that job for over ten years. He also had side jobs on a surveying crew as well as working in the county courthouse microfiche department. He was a manager at a large retail store in the mid 1980`s and then moved on to selling motorcycles. Shortly after that he became a licensed car dealer and then in 2001 got his real estate license.

Richard is a lifelong motorcyclist, a professional disc golfer as well as playing drums professionally in no less than three different bands. His vast knowledge of roadways and the central Texas area give him an edge over the competition as well as his huge network of friends and clients, not to mention a high level of computer skills allow him to serve you in a way unsurpassed by the average agent.

Please give Richard the opportunity to show you the difference his well honed expertise can make whether buying or selling residential, commercial or farm and ranch.